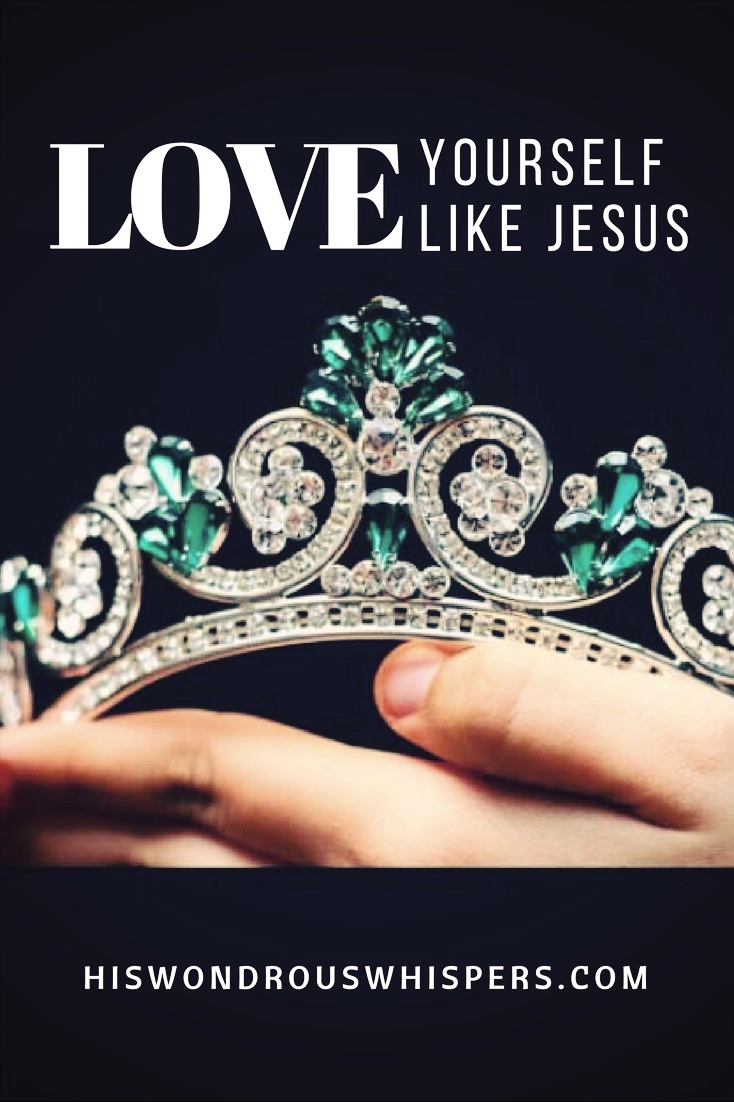 Nothing much is the answer to this apart from the lack of love for yourself. Anytime we tune ourselves to what people do and not do; we have thrown ourselves to their mercy instead of God’s unchanging LOVE.

Hurt is real but not so much that you allow it to eat you alive because somebody failed you big time. Even when Jesus experienced betrayal He didn’t call Himself off from being obedient to the cross. One betrayal didn’t overwrite the main purpose for which He came.

When a friend doesn’t call; when they say a no; when people fail to encourage or wish you good; when they overlook the hard work you put in; when negativity fumes up and explodes for no fault of yours…. do you say, “I am done doing good!” Lack of Love to self! Somehow you let these lower the standard of “Christ in You” by the reaction of your own people and the outside world.

‘Great’ individuals invented the significant because they loved themselves so much that, “You are no good” phrase was crushed and thrown far from their proximity. Be persistent in the dreams God gave you to fulfill no matter what anyone’s opinion about it is.

Receive His love so much that you will be able to differentiate between His words of assurance and other people’s discouragement. A life lived in the center of His desire, will anyways attract conflict and offenses. But, overlook them by having the Holy Spirit confirm His unfailing love for you. Receptivity lies in jeopardy when we have realized that we cannot love ourselves like He does. Only when you are consistently receiving love from Him, can it spill over to weeds and the seeds, to the good and the bad, to the offenders and ‘encouragers’, to the demeaning and the motivations.

Even if you want to put anyone to shame for being horrible to you, how do you do it? “In all things show yourself to be an example of good deeds, with purity in doctrine, dignified, sound in speech which is beyond reproach, so that the opponent will be put to shame, having nothing bad to say about us” (Titus 2:7-8). The response to anyone who made you feel awful, is still an approach of love and not hatred. But how?

Love yourself enough to totally accept Jesus’ Word for you and His promises to you.

Anytime someone says, “You are beautiful, wonderful, powerful, loving, caring, kind and a friend”, if you smirk at it and think, “Me?” pride is lurking around, and it chokes you from truly accepting yourself like Jesus does.

Jesus’ will for our lives is to love others like He loved us. But, this one commandment gets extremely difficult if we cannot love ourselves like He does. We see people pour out their whole lives to those that love them and did something good for them, but would these same acts continue when stepping on toes gets so regular? Jesus also says what good it is if you can love the ones that love you, even sinners do that, murderers do that, people without knowledge and understanding do that, but YOU are more than these! So I say to You, LOVE your enemies, never stop doing good to people that hurt you, give you zero value and moreover will never meet your expectations. This doesn’t necessarily mean that everyone will be like this to you or ignore people who love you. It simply means that even if someone cannot love you like you deserve to be loved, doesn’t encourage you, nor appreciates you, fails to see your good and takes you for granted; even then, continue loving! It’s not about allowing them to treat you like trash; it’s all about you not looking down at yourself like trash.

When people mocked at Jesus and Pilate asked Him, “Are you the King of Jews?” He said, “It’s as you say” (Luke 23: 3).
He didn’t tone it down to his mockers, He dignified Himself by saying a “Yes” to who He actually is. See, the cross was the ultimatum of His love for us (who may never obey Him, never value Him, and never understand the depth of His sacrifice). He loved Himself so much that He couldn’t bear to see HIS OWN perish. Even though they threw insults at Him, He saw the “Gold of Himself” in them. He knew His worth in them and He saw the fingerprints of His hands on them. He didn’t devalue His creation for one bit, because it is impossible for Him to devalue Himself.

Many people have been tough or loose with themselves depending on the treatment they have received from their folks. Some people are given no freedom and when they have a little bit, it gets misused beyond words. Some are laid with immense burden that they fail to see their needs of affection, love, tastes and finances. These are extreme sides of the pendulum clock. The balance hits, when people with such experiences lay their lessons down at the feet of Jesus. They need to ask Him to teach them to accept themselves like He does. When the prostitute was thrown at His feet, her reputation was impaired. Yet, where disgrace stood high, He added value by convicting the rest that they cannot throw a stone at her. She experienced not others, but how Jesus valued her and then when He said, “Go sin no more”, she was extremely empowered to never lay herself down as a prostitute again. She held onto the dignity Jesus gave her, and didn’t forfeit it by letting another man cheapen her worth.

To the one who has been forgiven much, will love much. When prostitutes, lame and the deaf were restored, yes, a miracle flaunted. But, that didn’t necessarily pave way for their total acceptance in the community. Some of them were even threatened by the scribes to never ever praise Jesus for this. People plotted to murder Lazarus because He was raised from the dead and Jesus was getting, “Hallelujahs”. But, these very ones who saw their miracles as “love unconditional” stood bold and didn’t care to what everyone else had to say. They weren’t arrogant but also weren’t demeaned by the retorts of the so called prominent people like the scribes and Pharisees.

Loving yourself like He does is the only key that enables you to stay away from sin. It also helps you not brood over offenses. You cannot love yourself if you haven’t heard from the King of kings. Imagine! We have all been in love, married couples would know this very well. When a woman expresses how much she loves her man, that’s when he gets extremely assured. With those confirmations of intense expressions of love, He will never have a caring about if another woman criticizes him or allures him. He doesn’t give in to any nonsense outside. All he cares is that she is transparent with him as much as he is with her. This pulls off a journey that is focused on a covenant and commitment. Once marriage hits the road, couples need to continually affirm to each other their love in different ways. It’s hard work but without which the relationship becomes pale and flimsy.  God is ever ready to express and ooze out His love for us. You and I need to make time to hear it, feel it, know it and above all understand it. Every time or rather every day when my husband expresses in actions his love for me I am scooped off my feet to gratefulness. But, when he says, “I love you”, I am elated and secured more than words could pen down. Friends’, folks’, colleagues’ or whosoever’s responses goes so much beneath those three words uttered genuinely from his heart. How much more, when God says, “I love you”?

The Bible Reveals You and Your Lover

His Whisper View All →

Echo of His Voice